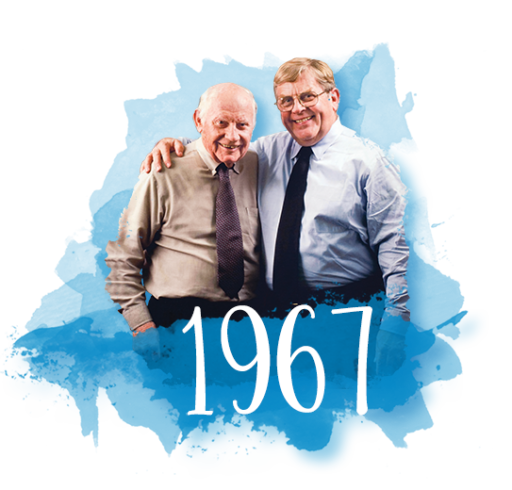 Bill Young graduated from the University of Detroit in 1964 and immediately joined his family’s water delivery company. Only sixteen years old when his parents bought the company, Bill was involved in the business from the beginning.

Bill developed a thorough understanding of how the water business worked and quickly understood the potential of the industry. Many of the innovations and much of the company growth defining this period originated with Bill.

Having been involved with the family business from a very early age, Bill Young provided significant corporate leadership to the company.

One of those innovations was Plastipak, founded in 1967 to provide a needed solution to what had become a serious challenge—the heavy five-gallon jugs used to deliver water. With a full load of water in them, these five-gallon jugs weighed 50 pounds and required superior strength to manage.

Plastic seemed the ideal solution. Bill negotiated a deal to buy plastic bottles for the company, then later determined that the smart way to guarantee a ready supply was to manufacture them in-house. From that idea, Plastipak was born and proved to be so beneficial that it stimulated much of the company’s subsequent growth.

In 1973 Beatrice Foods purchased Plastipak, keeping Bill Young as regional director. The Young family maintained an interest in the company even under its new ownership. The family stayed and they worked, not because they were workaholics, but because they never considered that what they were doing was work.

The Young family worked with Plastipak as though it were still the family business even after they sold it.

Bill ran the business with much freedom, and under his guidance, the business thrived, introducing several notable products to the market. One such product, Cap 10, became one of the country’s first flavored sparkling mineral waters with natural fruit essence.

During this time Plastipak produced its first polyethylene terephthalate (PET) bottles for a major client, Pepsi.

When the Beatrice Foods business began to experience problems, the Young family bought the company back.

Within the next few years, business began to grow significantly, and to accommodate the expansion, the family launched a new company affiliate, Whiteline Express.

The Young family repurchased the company and initiated a series of moves to expand Plastipak’s capabilities.

Plastipak established Whiteline Express, a trucking service, in 1983. It provided the company with a much needed, cost saving transport service and now serves customers coast-to-coast through facilities in the southeastern and midwestern United States.

In the early 1980s, heightened interest in bottled water as well as a national fitness craze spurred much growth in the entire industry and led the company to expand its operations and relocate to a more centralized location in Plymouth, MI.

In 1989 Clean Tech was created as a plastic recycling center to reclaim and recycle Plastipak bottles. Clean Tech’s global facilities now recycle billions of PET and HDPE bottles each year. In tandem with Whiteline Express, Clean Tech created a self-sufficient system giving Plastipak a distinct advantage in the industry.

In 1989 Plastipak received DuPont’s environmental award for development of the first PET container made of 100% PCR resin (rPET). 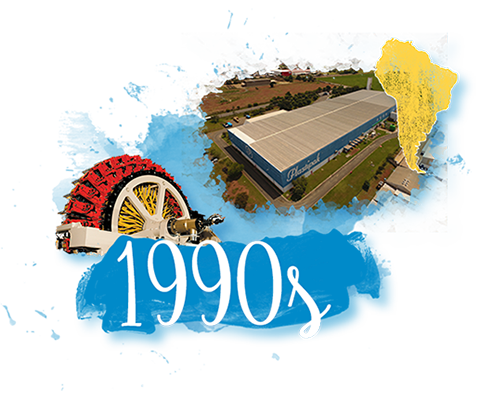 A DuPont Environmental Award was received in 1992, recognizing the company for making the first food container with 25% PCR content (rPET) for Kraft salad dressing. Plastipak achieved a 19% reduction in weight over the previous packaging while providing multiple convenient features for consumers.

During 1995 Plastipak developed and now operates the first rotary dual cavity ISBM blow molding system in the world, producing containers at the rate of 50,000 bottles per hour. With the most efficient, high-tech operations that were possible in 1995, Plastipak began packaging PET single-serve packages, producing approximately 1 million bottles by the end of the year.

Plastipak expanded into the South American packaging market in 1997, giving way to an international scope of operations.

Plastipak Holdings formed and developed 30 station G.E.M. PAK extrusion wheel systems in 1998. A huge technical improvement, this system was recognized by the industry for efficiency and high levels of output control. The remarkable Wheel PAK process provided speed-to-market, as well as respectable revenue advantages, thanks to its cost-effective technology. 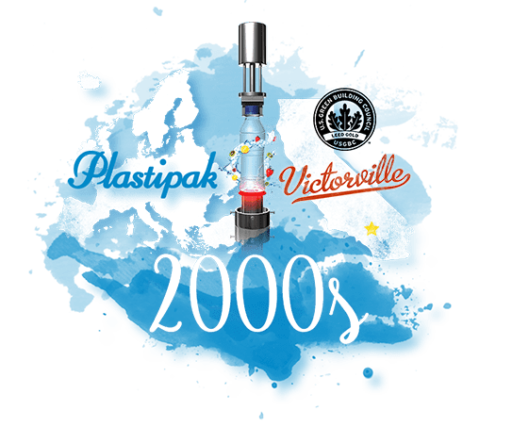 In the year 2000, Plastipak introduced carbon-coated barrier containers. This valuable process extends the shelf life of many carbonated beverages and is now a proven cost-saving technology.

During 2002, Plastipak expanded to serve customer growth in the southeastern U.S. with new facilities in Florida, Alabama, Texas and Louisiana.

Plastipak expanded further internationally with its entrance into the packaging market in Europe in 2004. Growth spread quickly across over the next few years, giving Plastipak a solid European presence.

Plastipak begins operations as a global company with addition of European sites.

Plastipak Academy was launched in 2006 as an institution of higher learning within Plastipak.

ThermoShape™ technology was unveiled in 2009, a breakthrough technology for lightweight hot fill beverages. 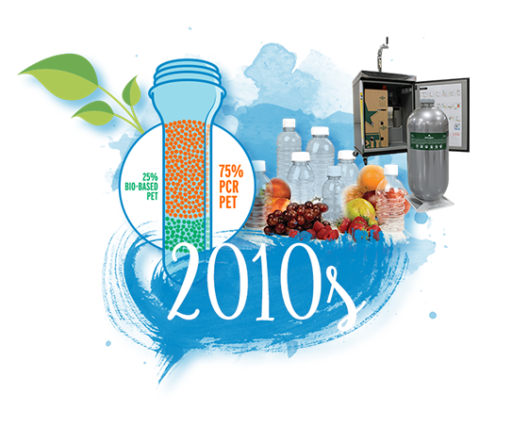 Plastipak achieved sustainability initiatives with its first container made with 25% PCR content (rPET) and the introduction of the EcoPreform™ in 2012. In 2014, Direct Object Printing earned DuPont’s Gold Award for Technological Advancement and Responsible Packaging and Plastipak earned honorable mention as a Detroit Free Press Michigan Green Leader.

The market-changing PET beer keg was manufactured for Heineken in 2014. In that same year, DiamondClear™ technology was acquired in a successful acquisition that also resulted in four additional U.S. sites.

In 2014, Plastipak entered the UHT milk market in Brazil.

Plastipak pushed its geographic boundaries in 2015 with the addition of bottle supply for Downy Unstopables in China.

A solid, widespread presence was established in Europe in 2015 with a successful acquisition that resulted in multiple manufacturing sites, innovative technologies, and the addition of one of the world’s largest recycling sites. 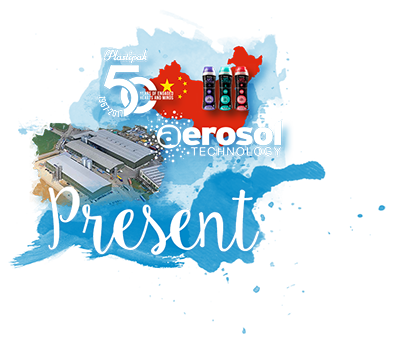 More than Fifty Years of Success

Plastipak now brings in about 90% of the company’s annual revenue and employs approximately 6,000 people around the world. Its invaluable, historic importance to the business community involves innovative thinking in packaging for technology, sustainability, and convenience.